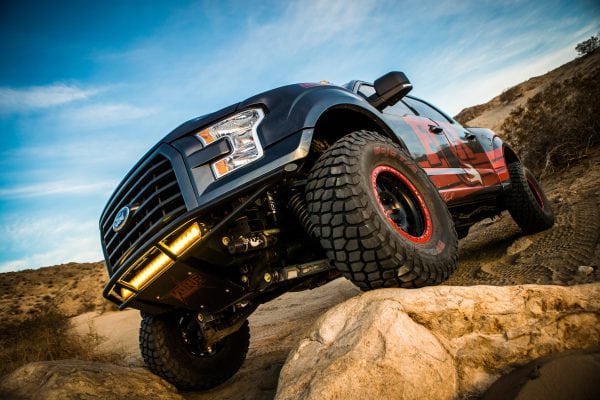 RPG Off-Road was created with one simple goal in mind, and that is to advance the Raptor® and F-150 platform to new heights. RPG has teamed up with the best of the best in the Off-Road industry to bring Ford F-150 & Raptor owners after-market performance upgrades, such as suspension and bumpers. When you are designing and manufacturing components that will exceed normal factory operating limits on a routine basis, you better have some stellar engineering capabilities and your components better be precision crafted using modern day CAD technology and superior welding.

Owner/Operator of RPG Off-Road, Corey Kausch decided to look into robotic welding to improve worker safety, increase productivity, as well as address the shortage of 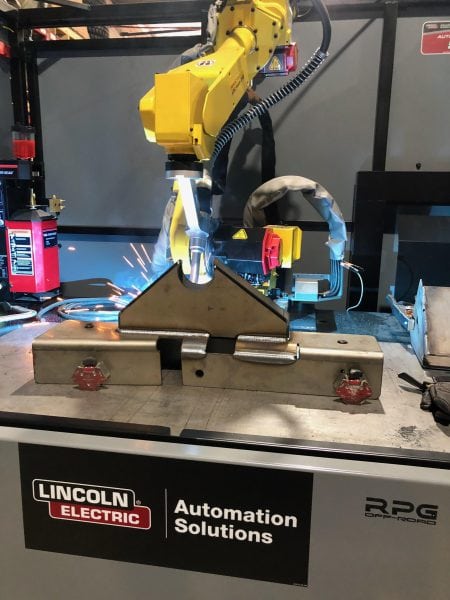 skilled welders. “I’ve been interested in adding robotic welding to our operations for a long time,” explained Corey. “Not only do my welds have to be strong they have to look really good, and the technology for what I needed wasn’t available until recently.”

The manual welders are currently limited by the number of parts they can weld because of eye strain. In order to achieve the “dime-stack” appearance, they have to really focus their eyes on the arc. This leads to more strain than a standard welding process. Even with a shade 13 lens, the production of their standard product line was not limited by the hours in a shift, but rather the strain that they experienced from laying the dime stack welds. The robot is not affected by this limitation, and so RPG is now able to produce parts during the entire shift, every day of the week.

Wolf Robotics recommended a pre-engineered, fixed table solution to meet the manufacturing needs of RPG Off-Road.“Corey was great to work with,” said Matt Todd, Regional Automation Specialist at Wolf Robotics. “The welds on the parts at RPG required a very specific appearance and strength. We were able to mimic the technique of the manual welders to achieve a similar, but superior weld with the robot. In only 3 days the system was installed, the welds were developed, and Corey was taught how to program the robot.” Now, the system is producing multiple different part numbers that were programmed by Corey and his team. The consistency, reliability, and appearance of the welds has improved, and overall throughput has increased. His manual welders are now able to focus on more custom projects while the robot continues to run the product line.

“We’re very happy with the results. The final product looks great, we’ve increased throughput and our skilled welders are now refocused on other production.”-Corey Kausch